I wanted to some cartoons for teaching about the European politics in the 1930s so I naturally searched first for anything by David Low, the pre-eminent cartoonist in Britain from the end of the First World War till the early 1960s. 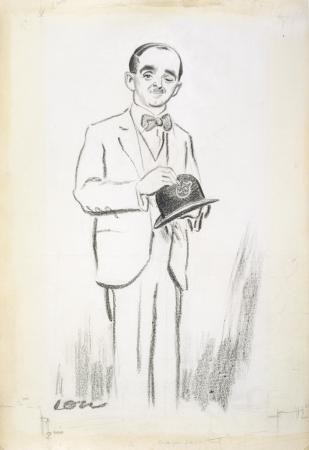 I discovered only one David Low book in our library: British Cartoonists, Caricaturists and Comic Artists (Collins: London, 1942) but this turned out not to be a book of Low’s cartoons as I’d hoped but instead a short history of “pictorial satire”, starting off with William Hogarth and reviewing the most important artists and developments in the art of caricature up to Low’s day. Apart from the intrinsic interest of the topic, the book’s value is in revealing what a practitioner of the art has to say about others working in the same field.

Among these, there’s a page on Francis Carruthers Gould, mostly forgotten these days (if you compare him with Hogarth, Gillray, Cruikshank or George du Maurier) but hopefully familiar to readers of Saki as the illustrator of some of Munro’s earliest publications. Apparently Gould was the first cartoonist to commit to producing a daily cartoon for the newspaper he worked for. According to Low, Gould’s particular bent was for drawing Joseph Chamberlain, whom he depicted in over a hundred different guises. The illustration in the book (reproduced here) shows a few of these. Observant readers will spot the Red Queen and the Mad Hatter from The Westminster Alice (blogged about elsewhere on this website). 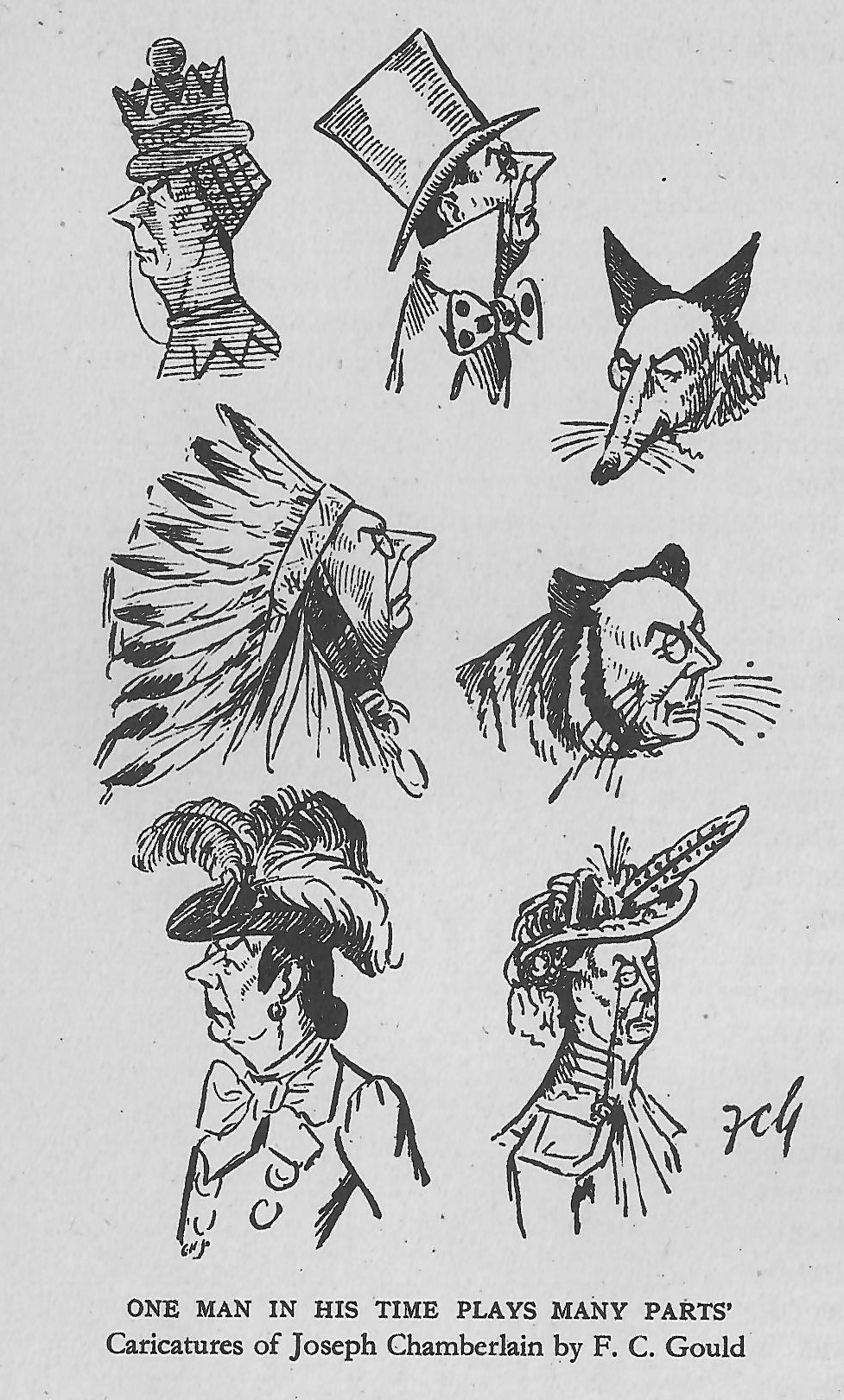 Here’s a drawing of Chamberlain, as “Brumbrumka, the Slim Fox”, from the first of Saki’s “The Political Jungle Book” stories (which I may post here some day).

Brumbrumka, the Slim Fox, as drawn by Francis Carruthers Gould in the Westminster Gazette.