“I’m writing a poem on Peace,”1 said Reginald, emerging from a sweeping operation through a tin of mixed biscuits, in whose depths a macaroon or two might yet be lurking.

“Something of the kind seems to have been attempted already,” said the Other.

“Oh, I know; but I may never have the chance again. Besides, I’ve got a new fountain pen. I don’t pretend to have gone on any very original lines; in writing about Peace the thing is to say what everybody else is saying, only to say it better. It begins with the usual ornithological emotion:

‘When the widgeon westward winging
Heard the folk Vereeniginging,2
Heard the shouting and the singing—’”

“Vereeniginging is good, but why widgeon?”

“Why not? Anything that winged westward would naturally begin with a w.”

“The bird must go somewhere. You wouldn’t have it hang around and look foolish. Then I’ve brought in something about the heedless hartebeest3 galloping over the deserted veldt.”

“Of course you know it’s practically extinct in those regions?”

“I can’t help that, it gallops so nicely. I make it have all sorts of unexpected yearnings:

‘Mother, may I go and maffick,4
Tear around and hinder traffic?’

Of course you’ll say there would be no traffic worth bothering about on the bare and sun-scorched veldt, but there’s no other word that rhymes with maffick.”

Reginald considered. “It might do, but I’ve got a lot about angels later on. You must have angels in a Peace poem; I know dreadfully little about their habits.”

“Of course. Then I turn on London, the City of Dreadful Nocturnes,5 resonant with hymns of joy and thanksgiving:

‘And the sleeper, eye unlidding,
Heard a voice for ever bidding
Much farewell to Dolly Gray;6
Turning weary on his truckle-
Bed he heard the honey-suckle
Lauded in apiarian lay.’

“I wish you wouldn’t. I’ve a sweet temper, but I can’t stand being agreed with. And I’m so worried about the aasvogel.”8

Reginald stared dismally at the biscuit-tin, which now presented an unattractive array of rejected cracknels.

“I believe,” he murmured, “if I could find a woman with an unsatisfied craving for cracknels, I should marry her.”

“What is the tragedy of the aasvogel?” asked the Other sympathetically.

“Oh, simply that there’s no rhyme for it. I thought about it all the time I was dressing—it’s dreadfully bad for one to think whilst one’s dressing—and all lunch-time, and I’m still hung up over it. I feel like those unfortunate automobilists who achieve an unenviable notoriety by coming to a hopeless stop with their cars in the most crowded thoroughfares. I’m afraid I shall have to drop the aasvogel, and it did give such lovely local colour to the thing.”

“Still you’ve got the heedless hartebeest.”

“And quite a decorative bit of moral admonition—when you’ve worried the meaning out:

‘Cease, War, thy bubbling madness that the wine shares,
And bid thy legions turn their swords to mine shares.’

Mine shares seems to fit the case better than ploughshares.9 There’s lots more about the blessings of Peace, shall I go on reading it?”

“If I must make a choice, I think I would rather they went on with the war.” 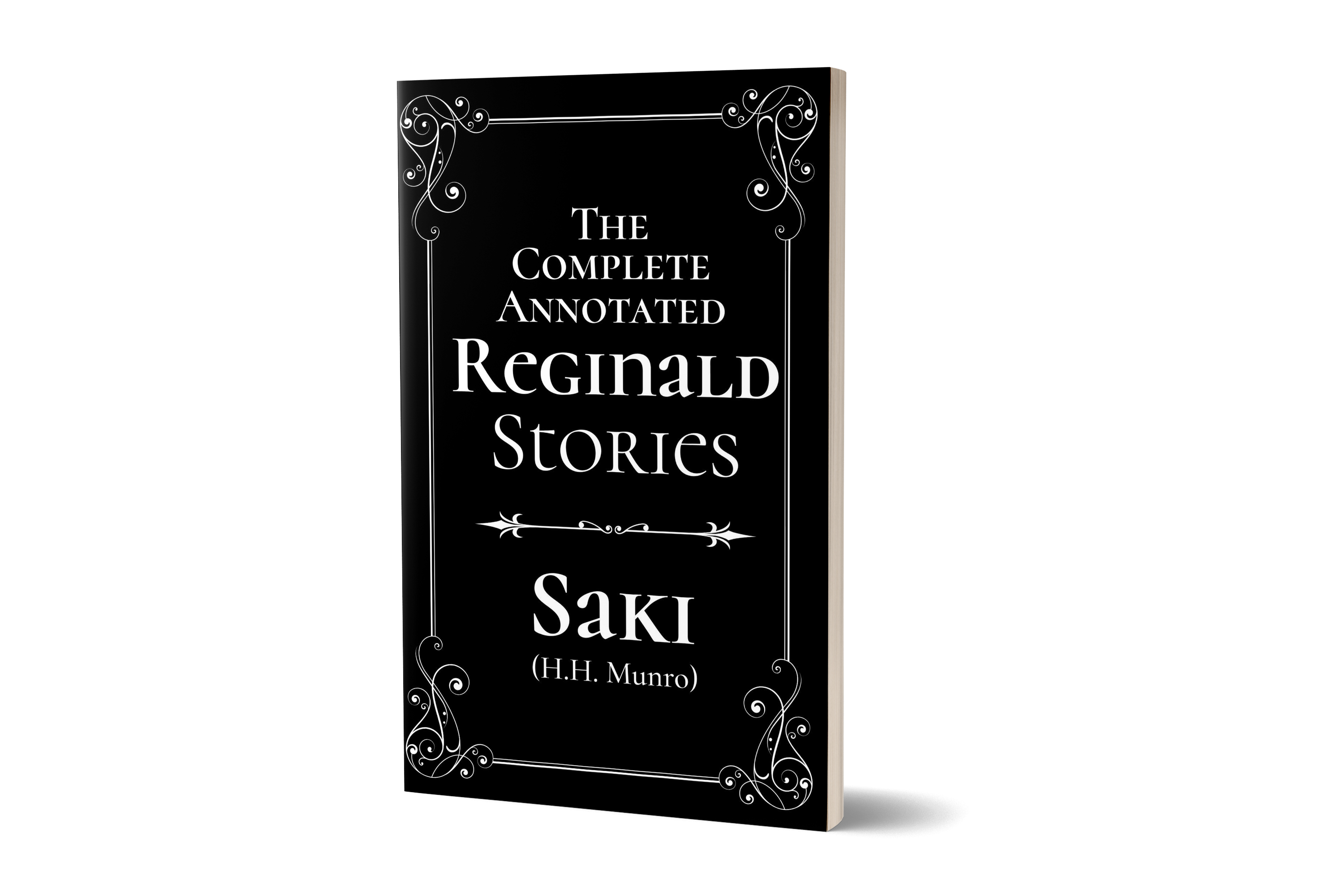